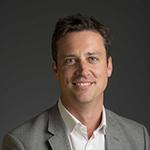 Recently I had the privilege to speak at IAB Europe Interact in Lisbon, where I reflected on the observations I made a year prior at IAB Europe Interact Berlin. Not too much has changed since then in terms of our industry’s challenges, only a growing consensus that programmatic is not delivering on its potential. On the one hand, our industry has brought scale and efficiency to digital marketing. The programmatic story over the last decade has been one of high excitement, rapid adoption and huge investment. But with so much emphasis on growth, there’s been little time for exploratory innovation and refinement.

Back during my Berlin speech in 2015, I emphasized that the money flowing into programmatic was not new or incremental budget, but rather shifted away from traditional digital. However, the rise of ad blocking suggests that everyone in the digital ecosystem played a part in overloading web pages with ads, slowing down the experience and annoying end-users.

I also cautioned a year ago that there is no “magic button” in ad tech and this is still true. Everyone wants a silver bullet, but many of the solutions out there are too one-dimensional. A majority of DSPs in 2016 are still optimised to the days of 2007, with media price and efficiency ranked above all other considerations. Even the most highly sophisticated companies with end-to-end solutions like AppNexus require world-class talent working exceptionally hard every day to execute a finely-honed, long-term winning strategy, and not everyone can make that commitment. Finally, I stressed the need for simplicity in an increasingly complex supply chain, and I’m sure there are few serious players left who would disagree.

So, what should the focus be as we adapt? I shared a quote from Jack Welch, former CEO of GE, who said “If you don’t have a competitive edge don’t compete” and it’s my strong belief that there are three areas of untapped potential: product, process, and people.

Product is the “what” – the media package, the data, the service. You should be asking yourselves “how can we deliver additional value that marginalises the competition?” It’s important to note that by product, you should be thinking in terms of platforms, not point solutions. Platforms that can power the entire market and don’t just address a singular challenge are rising to the top. The ecosystem is tired of stitching together a myriad of solutions – it’s just too inefficient and it’s too expensive. They want simplicity, efficiency, transparency, and most of all, an open market that provides broad choice and optionality.

After product, focus on your process. Process refers to the “how” – how you build your product, and how you deliver it. Process of course becomes more of a focus once your company grows out of the start-up phase into a bigger company, but don’t think of it as a depressing bureaucratic inevitability. I mean process with a purpose, one that can give you a sharp competitive edge.

My favourite example of improving processes with incredible results is the British Cycling team, led by GM Dave Brailsford, who won the Tour De France in 2012 and followed that by winning seven Olympic Gold medals in London. These amazing wins were widely credited to Dave’s concept of “the aggregation of marginal gains.” He believed that if the team improved in every area, not just those directly related to cycling by just one percent, then those small gains would add up to notable collective improvement—and he was right. Our industry could take a page from his playbook and focus on making incremental improvements across the board to better rise to the technological and strategic challenges we all face today.

The last, but far from least, is people, or the “who” behind it all. It’s a point that I frequently make: invest in your people. Nothing is possible without skilled, passionate, amazing people. There’s a common misconception that technology is there to replace people.  I don’t believe that, but I do believe that the skills of the people inside tomorrow’s successful publisher, agency, and marketer business need to fundamentally change so that we can put the machines to work for us. We are in a new golden age of marketing and planning but only our best PEOPLE can truly help us harness machine learning and big data. And sometimes that means looking in new places for talent, the kind that can bring fresh perspective and different energy to the table. Drawing on the same type of talent from the same talent pools year after year might mean you’re destined to become a circular firing squad. Or preaching to the choir—pick your metaphor.

Differentiating your products, processes and people are more important than ever as we enter a new era, one that AppNexus CEO Brian O’Kelley was first to label “The Programmable Age” and a concept that I’ve written about as well. Think about the ways users consume content and media today and how fragmented the landscape is. They’re on their mobiles on the train, or their laptops while watching TV. They’re fluidly emailing, texting and on social media—and they’re in a different frame of mind for almost every use case. Ad formats are different on every device. Basically, the interaction between brands and consumers has grown immensely more complex.

Media buyers and sellers now have to move mountains to differentiate their products because the interaction between brands and consumers has grown immensely more complex and must be increasingly more personalised. Real-time data, learning algorithms, and a partner ecosystem will be hallmarks of the interconnected programmable age.

To recap: a) programmatic is now the norm but it’s not enough b) you have to differentiate to win across product, processes and people c) the future is programmable; don’t get left behind.  The brands and advertisers that win will be those that make smart use of their own market insights and data, plugging these into their communications planning in a way that allows them to individualise and empower buyers to move with the confidence and agility required today.