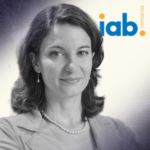 At this year’s edition of MIXX Awards Europe we all saw Golin & MullenLowe Romania take home the gold and bronze in Social Media category and another bronze in the Campaign Effectiveness category. It was a spectacular and well-deserved result for a prestigious agency which had previously won both Best Digital PR Category and Best Social Media Campaign Category, alongside the coveted Best DIGITAL MIXX Award of the year in the IAB MIXX Awards Romania 2017 competition.

In addition to making sure we reward excellence in digital for campaigns that will likely go on to bring home European trophies, this year we decided to spice things up at IAB MIXX Awards Romania – the only International Competition for Digital and Interactive Marketing in our market – and introduced a brand new category dedicated to those ideas which never saw the light of day. Be it from a client changing his mind, budget limitations, or a myriad other reasons that can shelf a great idea, some great campaigns never come to life, and we felt it’s time to change that; join us, then, in shining the light on the brilliance that never made it to the screen or onto the billboards.

It is the first time for any European MIXX Awards competition to introduce such a category, and we, at IAB Romania, hope it will catch on across Europe. The judging criteria follow the international standard for all markets organizing the competition, and aim to highlight and reward ideas and projects which can inspire and educate when it comes to digital communication.

This year’s IAB MIXX Awards Romania Gala will be held on 15 November at the Ghica Tei Palace and will celebrate campaigns that will then have a chance to score big in competitions such as MIXX Awards Europe, for more glory, more visibility, and continental bragging rights.

Whether it’s a campaign which ran between May 2017 – September 2018 and had great results, or you want to showcase an idea that is still locked in a drawer somewhere waiting to get the recognition it deserves, register for the IAB MIXX Awards Romania 2018 and take home the laurels, paving the way for future European success.