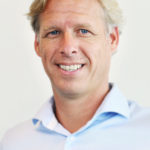 Member blog: Improve Digital – Are you in the business of being honest? Moving away from transparency as a USP

A lot has happened in the last year and the programmatic industry is at a turning point: it must educate, control, check and adapt, or it faces serious consequences. It is worth noting that IAB Europe’s Transparency Working Group has published its Transparency Guide to increase transparency in the digital advertising supply chain.

Procter and Gamble’s decision this year to pull out 140M dollars in digital advertising spend should be a serious wake-up call. It’s lamentable to someone who has been in this industry for so long that advertisers themselves need to check if their adverts aren’t just clicked by massive Chinese server-farms. To quote Pritchard in his DMEXCO speech last month: “Digital advertising being the most important form of advertising today comes with according responsibilities.”

I agree with Pritchard and while I might run a company that creates a programmatic platform, the discussion around transparency is to me less about tools than it is about people needing to take responsibility. To me, apart from viewability and combatting fraud, the issue of business model transparency is one of the key areas in which this needs to happen.

Programmatic has its roots in the long tail, and was created for advertising space that no-one wanted to buy.  However, after almost 10 years, the time of ‘cowboy margins’, where companies could take what they want and not get so many questions about it, if any, is over.

But actually opening up their business model is something that for many players in the industry means a substantial loss of income. Their investment and profit model is based on seeing returns of what have become unsustainable margins. Meanwhile on the advertiser side, advertisers have profited from very low fees and now, calling for improved and optimal inventory, they will probably have to pay more for this, again. And that’s something they’re not going to like.

In the end, it all comes down to reliability and accountability. Even though our industry is built on tech, it’s the people who make a connection, who you do business with, and ultimately who you need to trust to build healthy, long-term partnerships. Fortunately, the pressure to do business in a clean, and transparent, way is growing. Look at initiatives such as Ads.txt and the looming GDPR. What we need now is a tipping point to where you will make more profit as a company by doing business transparently, instead of where it’s more lucrative to keep your partners in the dark with complicated contracts and business structures. Transparency is a USP right now, and it shouldn’t be. Having said that, with pressure from advertisers like P&G, legislation and initiatives like Ads.txt, as well as honest ad tech providers on the market, I’m confident that a transparent programmatic ecosystem is within reach of a not-so-distant future.