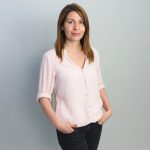 With audiences spending more time than ever watching online video, revenue opportunities for content providers are also expanding. But how can the industry respond to consumer demand for video anytime, anywhere, and on any device? Dana Ghazzi, Video Product Manager, and John Almeida, Mobile Product Manager at Improve Digital, look at the factors that have made the rise of mobile video possible, how content providers can keep up with video demand by creating the right content, and how they can capitalise on that demand by using the right technology.

The ascent of mobile video

To put the rise of mobile video in the ad tech ecosystem into perspective, it’s important to remember that it’s a rise that has been fuelled by three factors: the rise of platforms, changes in consumer viewing habits and advancements in technological infrastructure. Firstly, the evolution of mobile has led to a boom in mobile apps and user-generated content. Platforms such as Facebook, Twitter, Instagram, YouTube and Snapchat have expanded to allow consumers to express themselves in many ways.

As platforms were fuelling a consumer appetite for self-generated content, a rise in mobile viewing habits was also taking place. A 2016 Ericsson report shows that, since 2012, consumers around the world have increased their viewing on mobile devices by four hours a week, while their fixed screen viewing has declined by 2.5 hours a week.

Lastly, there have been a number of technological advances that have pushed mobile video to the popularity we see today. With the arrival of 4G, better video streaming and better phones, there was suddenly an infrastructure that could support video on mobile phones. That led to an increase in mobile video consumption.  Today, that consumption is peaking. As research firm eMarketer reports, “one in three consumers watch video on their mobile devices, which means watching video on mobile is already more common than using devices to listen to music.”

This has created a ripple effect for content publishers that are not major platforms. Increasing their offering of editorial video content for mobile can mean attracting more audience and more advertisers. That makes mobile a built-in solution for content provider revenue.

So, that begs the questions:

Creating the right content means creating content that harnesses the flexibility of form that video affords, so that it can appeal to audience behaviour on each platform. Think long-form video (such as YouTube), short-form video (Snapchat) and snackable videos (60-90 second cooking videos from content providers such as Tastemade). But also full-TV-length content that broadcasters are making available on mobile phones instead of traditional TV screens. Consumers are already spending a large proportion of time on mobile platforms, so it’s a matter of creating content that fits those platforms allowing publishers to increase reach.

Content providers who are creating the right content and attracting more audience and advertisers will also need the right ad serving technology to scale, apply data and make video profitable. While serving video ads on desktop was difficult just a few years ago, that is no longer a problem now. The next challenge is to serve video ads on mobile phone, especially in-app. The good news is that according to the IAB, the video ad spend on mobile is rising.

And with mobile ad serving, the biggest challenge is data. Data makes capitalising on audience and ad serving profitable by serving the right content at the right time to the right person. This breaks down as:

Luckily, both ad serving and data harvesting have been made easier by organisations like the IAB who have helped standardise the process. The IAB has enabled the rapid growth of video ads by creating the Video Ad Serving Template (VAST) specification which standardises the schema for serving ads to digital video players, and describes expected video player behaviour when executing VAST formatted ad responses. As the IAB states “Before VAST, there was no common in-stream advertising protocol for video players, which made scalable distribution of ads impossible for ad servers. In order to serve ads to multiple publishers using disparate proprietary video players, ad serving organisations had to develop slightly different ad responses for every publisher/video player targeted.” Standardising the process has accelerated scalability and growth and will be the key to continued growth in the future as new video formats, devices and experiences come to market. But today, with the implementation of VAST we are now in a new video ad serving era, one that is ripe for mobile.

If the revolution of mobile video is here, then the future is bright as mobile video will continue to boom with the standardisation of 360-degree video and virtual reality in the next few years. Video provides an outlet that continues to capture consumers and provide an opportunity for content providers to maximise ad revenue.

IAB Europe will publish the results of its Video Ad Formats survey in April revealing the trends in format use across devices including mobile. To receive a copy of the results please contact Marie-Clare Puffett – puffett@iabeurope.eu