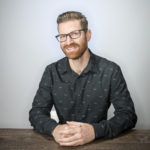 In April 2018, IAB Europe and its Education and Training Committee organised a webinar on blockchain, inviting a panel of distinguished speakers to provide more insight into this hot topic, the buzzword de jour in the industry (recording available here). Delving deeper into the discussion surrounding the technology, its application and concerns surrounding its scalability is Hunter Gebron, Director of Strategic Initiatives, MetaX.

Technology empowers institutions and industries to far exceed the limitations of the human mind. No single brain is capable of processing billions of advertising impressions, sorting them categorically, and serving ads to the highest bidder within 100/ms. But bidders and ad servers using the OpenRTB protocol can. The level of scale technology has enabled digital advertising to reach is stupefying.

But scale enabled by technology is a double-edged sword. In one direction it cuts swiftly through the tethers of our human minds limitations. But in the other, it creates problems for the institutions trying to domesticate the tech for their benefit. Scale can be rather hard to tame.

Ad fraud is also exacerbated by technological scale. The digital pipes funnel human and non-human impressions with unbiased expediency, proficiency, and scale. Deciphering what is a bot and what is not? Well, that is somebody else’s problem.

According to White Ops, ad fraud happens, “whenever and wherever digital advertising demand outstrips supply.”

Here Blockchain technology has emerged as a foregone conclusion for solving the problems associated with analyzing impressions and data discrepancies. At their core, blockchains are a shared ledger, and so the assumption follows that if everyone is sharing the same ledger, sorting out inconsistencies is no longer problematic. Because if all parties are working from the same shared data set, then there are no inconsistencies. In theory, it sounds great; in practice, it remains unrealized.

The reality is that the sheer number of impressions Ad Tech regularly handles is incompatible with blockchains in their current form. Not to mention blockchains don’t guarantee data provenance, it is entirely possible for data to be compromised before it is added to the shared ledger.

Anyone standing at the intersection of blockchain technology and digital advertising has undoubtedly observed that the inability for blockchains to scale is a sticking point used by many to negate its viability as a real industry solution.

Yes, the Ethereum community is working tirelessly on scalability solutions like sharding, plasma, and other second layer solutions but that is irrelevant for anyone wanting to utilize blockchain technology right now.

At the time of writing, Ethereum can’t get anywhere near Ad Tech’s voracious impression powered engines of scale. Stopping there and looking no further, however, I would argue is a grave miscalculation about the actual value that blockchains can provide at this very moment.

The Scalability Bargain: Social vs. Transactional

When blockchains take away transactional throughput, they give us back something in return, what Nick Szabo refers to as social scalability.

Social scalability as defined by Szabo “is about the ways and extents to which participants can think about and respond to institutions and fellow participants as the variety and numbers of participants in those institutions or relationships grow.  It’s about human limitations, not about technological limitations or physical resource constraints.”

It’s the cumbersome human element that sorts through the mess left in the wake of ultra-scalable technology and tries to rationalize it all.

Computers can zip an impression halfway around the globe in two-tenths of a second, but at the end of the day, a human still needs to pick up the phone to get paid for it. And oftentimes they don’t, which results in a dispute, commonly involving lawyers and accountants, and that is a social scalability problem born out of a computer science solution.

In many ways, the enhancements provided to us by technology in the form of scalable networks and information flows have placed an inordinate amount of stress on social scalability.

I was reminded of this recently as I sat watching the Facebook congressional hearings. Lawmakers armed with nothing more than a 200-year-old piece of parchment and their human minds, battling against the algorithms used by Cambridge Analytica, and weaponized by massive amounts of Facebook’s user data that are so advanced even their creator Dr. Michael Kosinski admits he doesn’t know how they work, was like witnessing social scalability smashing up against technological scalability in a head-on collision at 1,000 mph. The fall out of which will likely result in new regulation.

(Another relevant example of social scalability colliding with technology is the GDPR.)

But the reality is, as Dr. Michael Kosinski points out, the end of privacy is already here. Coming to grips with that revelation is going to become one of the next decades most pressing social and technological concerns.

Public and programmable blockchains like Ethereum provide an iron-clad framework for trust minimization and for reducing heavy social scalability burdens. We need not rely on faulty human institutions to be the arbiters of trust. We can offload trust to the blockchain the same way we offload impressions to bidders, ad servers, and platforms, trading one form of scale for another.

On a blockchain, it’s cryptography that does all of the heavy social scalability lifting, freeing society up from an enormous amount of labor intensive and cost prohibitive human limitations.

“When we can secure the most important functionality of a financial network by computer science rather than by the traditional accountants, regulators, investigators, police, and lawyers, we go from a system that is manual, local, and of inconsistent security to one that is automated, global, and much more secure.” – Nick Szabo

Blockchains have also unlocked the door to cryptoeconomics. A way to align economic incentives, using cryptography, to harness the collective mindshare of individuals spanning the globe towards participating in a shared goal.

The adChain Registry built by MetaX is a Token Curated Registry of publisher domains hosted on the Ethereum blockchain and designed to do just that. It is powered by a utility token called adToken (ADT) that is the economic driver for coordinating a group of unknown participants to come together and curate the contents of said list as judiciously as possible. It is NOT a system that relies on transaction throughput, but it absolutely is one that requires a blockchain.

Many blockchain projects are looking to integrate blockchain technology into the existing Ad Tech stack where they will inevitably run into the transaction throughput brick wall. We at MetaX are focused on reimagining Ad Tech from the ground up, using the blockchain as the technological scaffolding to build new cryptoeconomic structures, all the while keeping the lessons of old top-of-mind and staying grounded in reality regarding what blockchains are truly capable of providing at present.

We are not naive. As novel a concept as token curated registries are, a decentralized white list is not going to solve all of Ad Tech’s problems. The adChain Registry is the first stepping stone on the path to a much larger vision that we plan to roll out in stages over the course of the next several months.

Do I believe public blockchains like Ethereum will be able to scale to millions of transactions per second? Yes, I am confident they will. But until then there are plenty of exciting ways that blockchains, through their inherent trust minimization and increased social scalability, can unlock benefits across a swath of verticals, especially digital advertising. All that it requires are new ways of thinking and a willingness to embark on a new approach.