“We are energized by how quickly this cross-industry Coalition was able to research and identify annoying advertising formats,” said Jason Kint, CEO of Digital Content Next. “There is still much work to be done but we are out of the gate in our work to make the web less annoying for the average consumer.”

“The scope and nature of this research provides insight into how consumers view different online ad experiences, highlighting what’s working well, and what we need to re-think in order to secure more meaningful engagement,” said Nancy Hill, President and CEO, 4As. “The consumer preferences identified in the Better Ads Standards will be useful to our members who wish to take action to improve the online experience.”

“We hope these initial standards will be a wake-up call to brands, retailers, agencies, publishers, and their technology suppliers, and that they will retire the ad formats that research proves annoy and abuse consumers,” said Randall Rothenberg, President and CEO, IAB. “If they don’t, ad blocking will rise, advertising will decline, and the marketplace of ideas and information that supports open societies and liberal economies will slide into oblivion.”

“Tens of thousands of consumers have made their opinions clear through this robust research. Consumers in North America and Europe have similar views on online ad experiences they find annoying and disruptive,” said Bob Liodice, CEO of ANA. “All online ad industry constituents should take a hard look at the findings. They provide valuable insights for the development of consumer-friendly ad campaigns.”

The Coalition plans a broad range of educational activities for its members and others in the industry, including presentations via participating trade associations, conference participation and webinars. By making the research widely available, the Coalition aims to encourage industry participants to incorporate the findings into their efforts to improve the online ad experience for consumers. Journalists and interested parties can learn more about the research methodology, findings and initial Better Ads Standards at betterads.org.

“This comprehensive research and these initial Better Ads Standards provide great guidance on the role ad formats have on the user experience,” said Townsend Feehan, CEO of IAB Europe. “We look forward to using the data released today to engage our members about consumer ad preferences, and to upcoming phases of the Coalition’s research that we expect will contribute even more depth and breadth of coverage of European markets.”

The methodology used to support the initial Better Ads Standards is extensible to different global regions and to other digital environments, or to the measurement of new ad experiences in previously tested environments. The Coalition’s roadmap includes plans to conduct additional research on desktop web, mobile web and other environments across various regions including further testing throughout Europe, in North America, Asia and Latin America.

“The Coalition will build on this important work by expanding its efforts to other regions and ad formats,” said Stephan Loerke, CEO of World Federation of Advertisers (WFA). “The global reach of the Coalition’s membership and the continuing addition of new members support our goal to improve the advertising experience for Internet users worldwide.”

“As an industry we have a responsibility to find better ways of making great advertising and content that really engages people. It’s in everyone’s interest; better advertising leads to a better experience for the viewer and more effective advertising for brand,” said Keith Weed, Chief Marketing Officer for Unilever. “The work of the Coalition to identify consumer preferences around ad formats will be a highly useful and insightful tool for the brand builders, advertisers and advertising agencies who are working to improve the quality of advertising for the viewer while driving effectiveness and efficiencies for the brand.”

“These research results will serve as a foundation to the LEAN Scoring System, which is currently under development,” said Alanna Gombert, General Manager, IAB Tech Lab, and Senior Vice President, Technology and Ad Operations, IAB. “Now we have actionable results that can be used to create tools to improve the user experience across interactive screens.”

“This research will prove incredibly valuable to the marketers and advertisers who seek to responsibly leverage data to achieve deeper engagement with consumers,” said Tom Benton, CEO of the Data & Marketing Association (DMA). “With these insights and the initial Better Ads Standards, the full marketing ecosystem can move forward together to pursue better-performing ad placements and enhanced customer experiences.”

“The Coalition’s research is timely and useful,” said Network Advertising Initiative (NAI) President and CEO Leigh Freund. “NAI members are committed to a free and open internet which depends on digital advertising. As a result, it is important to ensure that consumers can interact with advertising in a mutually beneficial way. Our high standards for member practices address consumers’ privacy concerns, and the Coalition’s work to address consumer annoyance issues can help guide our members and all advertisers to ensure a better consumer experience.”

“Our members make huge investments in high-quality journalism, and those investments are still primarily sustained by advertising revenue,” said David Chavern, President and CEO, News Media Alliance. “This exhaustive research allows advertisers, agencies, publishers and everyone else involved in the advertising ecosystem to have a much better understanding of the kinds of ads that consumers like to see – and the ones they don’t respond to. It is exactly the type of information that will lead to the higher performance for digital advertising as a whole.” 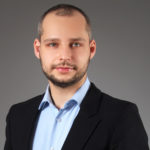