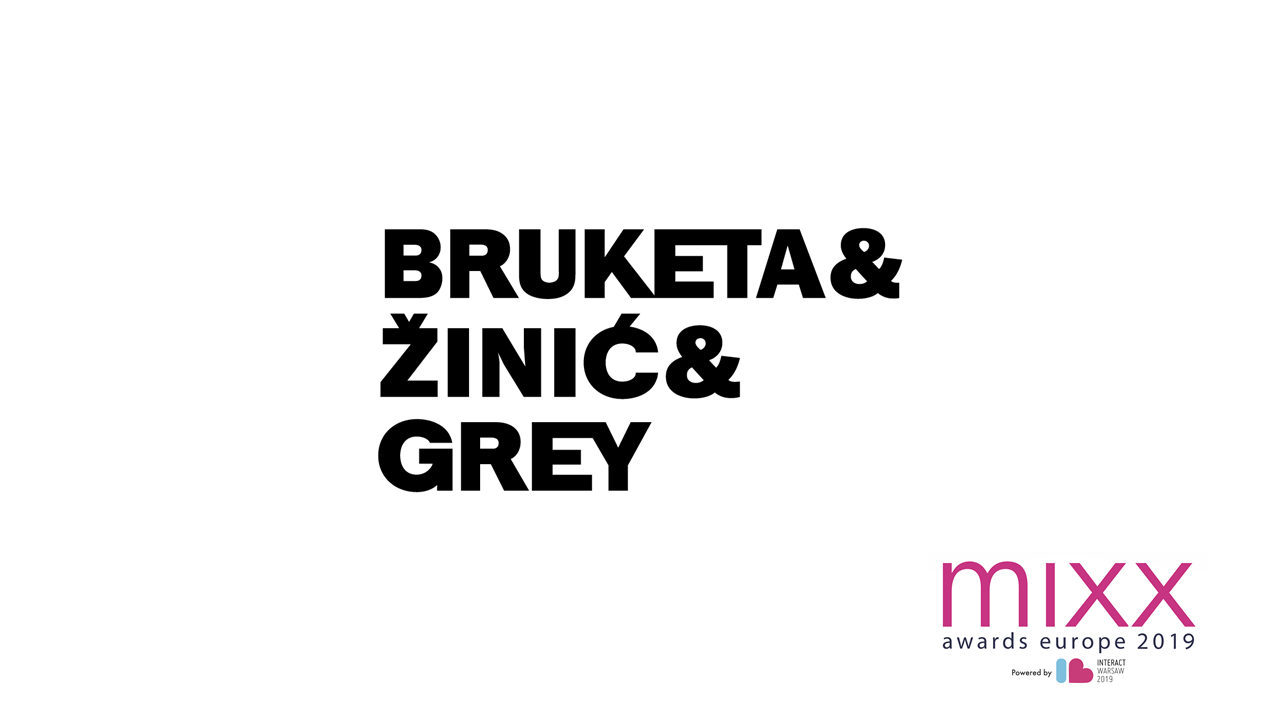 Together with Adris, Croatia Osiguranje Insurance Company, Brigada and Millenium promocija, we organised a historical exhibition in a tunnel bellow Zagreb to mark the 133th anniversary of Croatia osiguranje Insurance Company. We were engaging the citizens to take an active part on an everyday basis and change the physical layout of the exhibition by adding their own historical accounts posting them on the social media with the hashtag #PovijestPisemoSami (#WeWriteOurOwnHistory). Throughout 7 weeks we used digital channels to raise awareness, incentivise people to see the exhibition and take an active part, with the budget allocated for Facebook (15%), Instagram (8%), Google (11%) and Twitter (6%), and direct media buying on top sites (60%). We targeted all online users, making adjustments according to real-time results. Every week we came up with new creative ideas accommodated to suit different digital channels. The photographs of users not only composited the exhibition’s layout, but also generated content for further online and offline communication. The online campaign reached over 1.5 million people and exceeded the targeted number of photographs eventually received (5,370).

The agency’s task was to increase brand awareness, generate buzz and incentivise social media engagement. The objectives of the campaign:

The task was to showcase 133 years of the activity of Croatia Osiguranje Insurance Company in a creative and appealing way. The tunnel bellow Zagreb was turned into a multi-media project that is an exhibition spanning 13 decades characterised by interesting events, people and items from a specific historical period. Its specificity was allowing citizens to actively engage in compositing its layout over digital channels changing it on a daily basis and embedding bits and pieces from their own past. The project was foreseen as a historical account accommodating each and every one of us.

The strategy was centred round digital media. They were used to raise awareness about the exhibition itself, incentivise people to go and see the tunnel and engage users to take an active part in the exhibition’s layout by posting their own photographs from the past on their own social media profiles with the hashtag #PovijestPisemoSami (#WeWriteOurOwnHistory) and a short caption. The campaign took 7 weeks, with the budget allocated for Facebook (15%), Instagram (8%), Google (11%) and Twitter (6%), and direct media buying on top sites (60%). The digital campaign was used to post content in order to pique the interest of users, incentivise them to take an active part in the exhibition’ layout and become brand ambassadors. We targeted all online users, making adjustments according to real-time results.

The underlying idea for the launch of the campaign was raising awareness about the event itself. Throughout 7 subsequent weeks, to optimise the campaign and achieve best possible result, every week we came up with new creative ideas for different digital channels, adjusted to suit their own individual specificities. The photographs from the users’ past composited the exhibition’s layout on a daily basis and generated content for further online and offline communication.

The exhibition was composited offline in real-time every day with online content posted the previous day (offline/online fusion). Custom messages were used to micro-target all people in close vicinity of the tunnel (>1km).

Different communication channels were used to create effective synergy and huge media outreach. The online campaign reached over 1.5 million users and exceeded the targeted number of photographs. Eventually, the number of photographs received with hashtag #PovijestPisemoSami (#WeWriteOurOwnHistory) amounted to 5,370.

The achievement rate by the objectives: