Share
Join the IAB Europe panel at DMEXCO on 13 September 2018 on Day 2 at 9.45 – 10.15am on the Debate Stage in Hall 6. It will be moderated by Townsend Feehan, CEO, IAB Europe and will discuss the impact of GDPR several months after its enforcement date, as per the description below:
Taking stock – the impact of Europe’s new data protection rules four months on
In May 2018, the EU’s long-awaited General Data Protection Regulation became enforceable, following a two-year transition period. The Regulation is supposed to empower consumers, giving them more transparency and control over how their personal data are processed, and to make life easier for European companies, who in theory now have one harmonised set of rules for a market of 450 million users. Four months on, is the vision being realised? Will Europe lead the world in the development of innovative privacy-enhancing technologies, as the GDPR’s supporters have promised? Or will it struggle to cement its Digital Single Market because of contradictions inherent in the Regulation and between the Regulation and the proposed ePrivacy regulation? How has GDPR impacted the bottom line?
Add it to your calendar below: 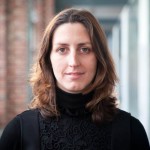