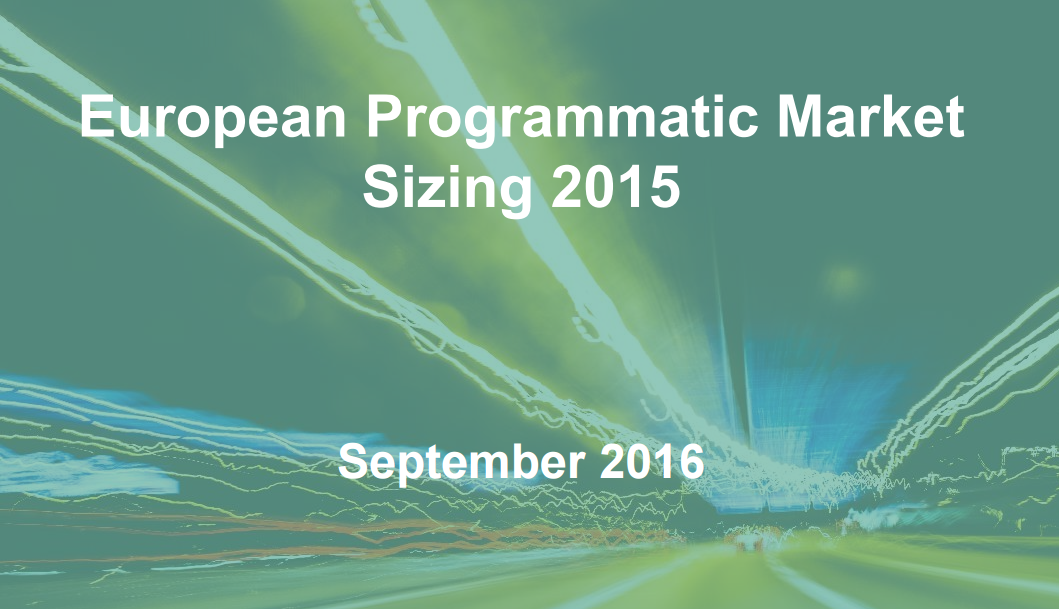 The report reveals that mobile programmatic grew by an exponential 165% in Europe largely driven by the growth in social media advertising and mobile display is the “most” programmatic format in 2015 with 45% of mobile display traded programmatically. Programmatic video grew by 95% in 2015 and now accounts for almost a quarter of online video ad spend.

The European Programmatic Market Sizing research is produced by IAB Europe and IHS, taking a holistic approach to aggregating the data to ensure all stakeholder perspectives were included. The numbers are based on ad spend reported by IABs, transactional data, statistical and econometric models to infer a European market size and knowledge from industry experts. This programmatic research complements the IAB Europe AdEx Benchmark report, the definitive guide to the state of the European online advertising market. This year the research also provides a market by market breakdown for 8 key European markets, these breakdown numbers will be published after dmexco.