Brussels, 24 June 2016. IAB Europe welcomes reports that Danish authorities consider that ad blocking detection does not require users’ permission as it is necessary to ensure the functioning of online services.

“It is very reassuring to hear that the Danish regulator has confirmed that publishers are acting within their rights when checking to see whether users are holding up their end of the bargain when accessing advertising-funded free services,” said Townsend Feehan, CEO of IAB Europe.

“European publishers overwhelmingly depend on advertising revenues to finance their online offerings, so the ability to detect ad blocking and engage with users to educate them about the value exchange is crucial. We are confident that more European countries will share the views expressed by the Dutch and Danish governments.” 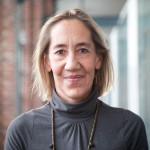