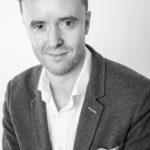 Digital advertising spend has not experienced a decline since IAB Europe started producing the AdEx Benchmark Report back in 2006. That was one of the opening remarks made by Daniel Knapp, IAB Europe Chief Economist, when he presented the 2018 study findings at this year’s IAB Europe Interact conference in Warsaw (see video of Daniel’s presentation here). This fact is even more remarkable given that since 2006, we’ve been through a double dip recession.

Furthermore, 2018 saw the highest growth for 7 years. This comes in the backdrop of falling regional wide consumer confidence, the rise of Zero Based Budgeting in some of the largest advertisers and the backdrop of GDPR. Now the digital advertising industry has grown to €55bn (incidentally roughly the size of Lebanon’s GDP), we have a lot to be optimistic about and we should be proud about the value, innovation and jobs we’ve created across the region.

But beyond all the good news, it makes sense to reflect and put our current ‘purple patch’ in a context of a wider timeframe and what this may mean in the future. During Daniel’s presentation, I furiously wrote down some thoughts, questions and challenges which I’ve attempted to condense to 4 broad sections below.

Leading up to 2007, almost 50% of marketers’ spend was spent on display (both traditional and video) whilst only 37% was spent on search. By 2009 – post Global Financial Crisis – this balance was reversed. This was a massive shift and one that was probably underplayed in the years of the aftermath. Since then, gradual realignment has been taking place and display advertising is almost back to parity with search. This can be accounted for – in part – by new branding spend entering into display formats and also display’s growing performance credentials. But moreover, marketers are just sensibly rebalancing spend between formats.

So why is this interesting? I think it well-represents both how the buying pattern changed in times of crisis, but also how it could change again when a shock (undoubtedly) occurs. If the industry shifted back to the proportions observed in 2009, that would mean €6.3bn shifting out of display into search. Search offers an instant gratification, feedback and impressive looking numbers but it’s also a terrible branding channel. In times of recession, brands should be spending more to protect their brand not neglect it. The work of Binet and Field emphasises the 60/40 rule; that 60% of ad spend should be on long term branding and 40% on shorter term activation (and incidentally this is based on some of the most robust and credible empirical evidence I’ve ever seen). Where I believe and hope things would be different today relate to measurement and transparency. The display market is far less opaque than it was in 2008. Viewability, brand safety and fraud protection are table stakes for the credible end of the market at least and those who have best-embraced transparency will be the players that are best set to weather any headwinds.

2) The UK continues to be a regional digital primate but why?

I often get asked why the UK ad market is so much larger than other countries and Daniel addressed this, to an extent, during his session. As I see it, there are two predominant reasons for this. Firstly, overall ad spend as a proportion of GDP in the UK has always been one of the highest globally along with markets like Australia and the US. So as a nation, the Brits already have a cultural affinity to advertising and an economy set up to fuel it. Furthermore, according to Enders Analysis, the UK online advertising market is the biggest in relation to GDP in the world at 0.63%. Likewise, ecommerce spend per person is one of the highest in the world too. Due to this, the UK has become an online powerhouse and developed a huge tech sector in the backdrop of comparatively low regulation so it simply has all of the prerequisites to allow the digital advertising market to flourish. But the results do need to be looked at objectively. Collection and harmonization is a huge task and reliant predominantly on the data released and collected by national IABs. As the most advanced market in the region, the definitions used in the UK to define online advertising are wider and more all-encompassing than other markets where definitions could be considered more restricted. So, comparative results need to be viewed through this lens and not just taken on face value.

This year’s data underlined the importance of the Outstream format. Over the last year there was €3.5bn new spend coming in to the industry via display, with video being the biggest contributor to this. In fact, video grew over 30% in 2018. Within video, Outstream grew at a phenomenal 45% and will take over as the predominant source of video revenue in our industry in 2019. The rise of Outstream has been such an obvious success story because it’s a true positive sum game for the digital advertising industry. Publishers of quality respected editorial content but who lacked primary video content, struggled to tap into video ad revenues. Thus the industry remained massively undersupplied. Outstream has allowed them to do this; to increase their yields whilst not forcing an interruptive ad unit on their audiences. As the online publisher marketplace has matured, sustainable commercial models have been developed so that the likes of The Guardian and MailOnline are all posting profits – not something that was taken for granted just 5 or so years ago. Outstream is now a core part of those revenue strategies and the growth we are seeing reflects the ever increasing confidence in the results it can deliver.

4) When this period of growth has ended…what next?

It is an inevitability that this period of growth will slow as our industry matures. If you take the view (which I broadly do) that we are just playing catch up to allocate budgets to align with consumers’ time on screen then, as we reach this equilibrium, growth will slow down. At that point, fortunes will broadly follow the wider economy (on the assumption and previous evidence that the ad market is a bellwether for the wider economy).

So, where do we look to for growth when we reach this point?

I believe that we should be looking to tap into trade marketing budgets. Not everyone agrees with me on this point. I recently saw the EMEA MD of GroupM specify that he didn’t see that as a big opportunity for growth. I politely disagree with him on this point and my logic is this; global trade spend is circa $1T (according to Nielsen). That’s almost 4x the size of the global ad market ($283bn – according to eMarketer). This is a huge pool to tap into and winning just a small fraction of this could be game changing. Given that many brands are over-leveraged on price and promotion, the increasing evidence that this is a poor strategy for long term growth (look no further than Byron Sharpe), and the ability of mobile devices to deliver highly relevant advertising, we should have these pots in our crosshairs. 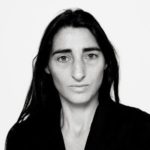 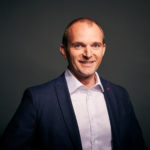 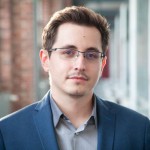