First published for PerformanceIN, The AdEx Benchmark report author, Dr Daniel Knapp, chief economist at IAB Europe shares a broad market overview of the study’s key findings with a detailed focus on the search results, across mobile and desktop.

The AdEx Benchmark report author, Dr Daniel Knapp, chief economist at IAB Europe shares a broad market overview of the study’s key findings with a detailed focus on the search results, across mobile and desktop.

Every year, the IAB Europe, a European-level industry association for the digital advertising and marketing ecosystem, publishes its AdEx Benchmark report. The report outlines the performance of the European digital advertising market and breaks down growth figures by both format and region. This July, IAB Europe released the latest edition of the study, which covers performance over 2018.

Looking first at Europe’s overall digital advertising sector, the story that emerges from the report is one of sustained growth. By the end of 2018, the total market had grown to €55.1 billion from €48.4 billion in 2017, an increase of 13.9% and the fastest the market has grown since 2011. From 2012 to 2018 the market has more than doubled in size driven largely by increasing advertising investments in social, mobile and video formats. Overall, since the first AdEx Benchmark study in 2006, the market added some €48.5 billion in annual value. 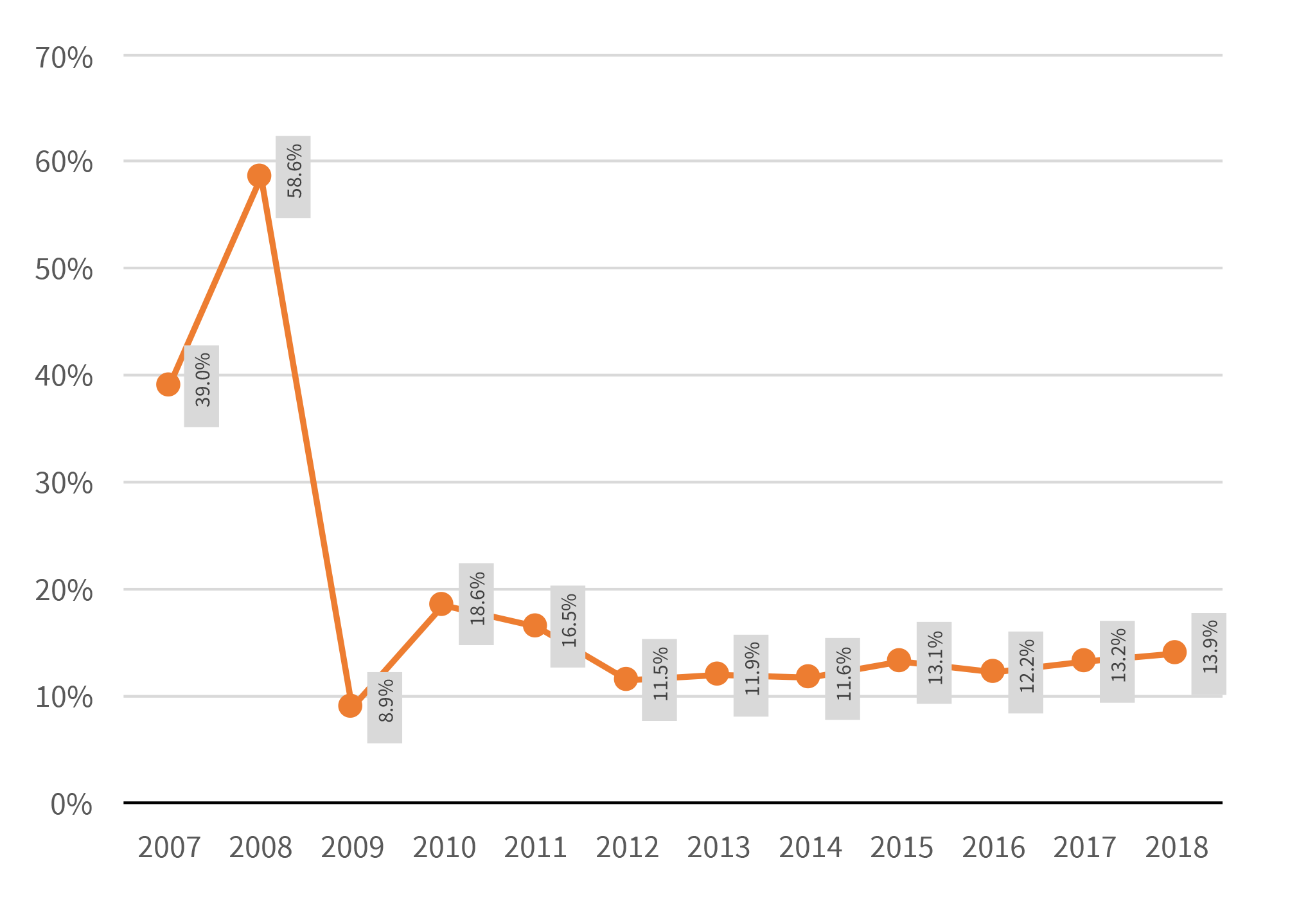 For some years now, paid-for search has been an important growth driver. In 2009, for example, it was the only medium in Europe not to fall into decline as a result of the recession, largely due to its ability to measure and pay by performance.

This resilience has been highlighted by ten years of like for like growth figures in the category. Indeed, of all the advertising formats that IAB Europe tracks in its AdEx Benchmark study, paid-for search has maintained the strongest growth rates in periods of economic uncertainty. Where other marketing spend gets cut when times are tough, the pay-by-performance model allows marketers stricter budget controls, and low entry costs enable tactical marketing interventions.

In 2018, despite the maturity of the format, growth in paid-for search continued in double-digit figures (12.5%) enabling it to maintain its total share of the European digital advertising market at 45%.

However, this growth was not spread evenly across Europe. At the top end, the paid-for search market in Belarus grew by 37.5% while at the bottom end, Belgium’s market grew by 1.9%. The top six markets in terms of growth are located in Central and Eastern Europe, while Finland (20.7%), Ireland (16.7%) Norway (15.9%) and Sweden (14.5%) are among the fastest-growing search markets in Western Europe.

The contribution of mobile search 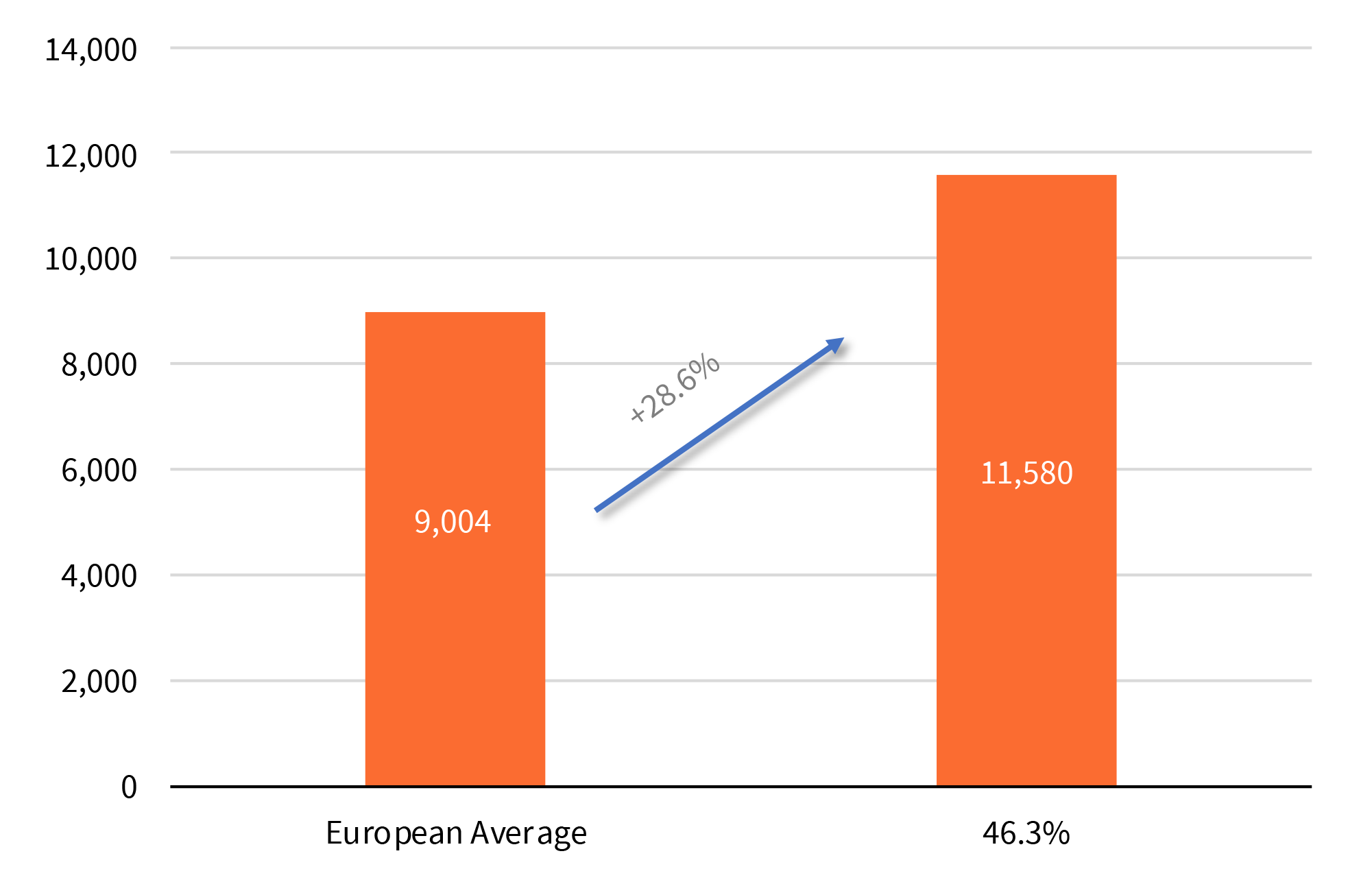 As a result, in 2018 mobile search grew by 28.6% to €11.6 billion and increased its share of the total search market by 5.8 percentage points. Once again, the growth leaders are Central and Eastern European nations such as the Czech Republic (70.6%), Belarus (54.4%), Ukraine (44%) and Slovenia (43.8%). Norway (35%) is the fastest-growing Western European market. The UK, which is by far the largest mobile search market (worth €4,646 million compared to the €1,313 million generated by Germany, the second-largest market) is growing in line with the European average.

Additionally, eight markets can now be considered mobile-first, in that their mobile share of search exceeds 50%. Five markets have a mobile share larger than 60%: Serbia, Ukraine, Russia, Turkey and Ireland.

Outlook: the changing nature of search

The nature of search itself is transforming. One of the biggest changes is the rise of Amazon, which is becoming a default destination for product-related searches. Mobile, and in particular app-based media consumption, are leading to a further verticalisation of the search market. Verticalisation means that consumers conduct search in specific functional apps – such as travel or entertainment – not all of which is paid for. At the same time, new opportunities to monetise mobile search arise, in particular through maps and in-car integrations.

Often, voice is highlighted as the next generation of search. Yet there still is a lack of systematic evidence that consumers are adopting voice to conduct diverse, and more complex search queries beyond daily, habitual tasks (checking the weather, for example). Monetising voice search also remains a challenge, both from a product and a privacy perspective.

In sum, these observations suggest that the future of search is defined by a more diverse set of factors than before. This will change how we define, buy and use paid-for search. 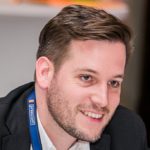