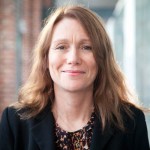 Alison is responsible for expanding the IAB Europe research and marketing programmes. Alison brings with her over 20 years experience in marketing, business development and finance. She was previously Executive Director of the European Interactive Advertising Association, and joined IAB Europe when the two companies merged in May 2011. Alison helped to launch the EIAA in 2002 and oversaw the development of a wide-ranging activity programme involving: consumer, advertising and market research; event programmes across Europe; standardisation activities and education, of both the market and government, on the role of interactive advertising all aimed at growing the European interactive advertising market. In the 1990s, Alison worked in senior roles in European Marketing and PR with companies such as Yahoo! and Acclaim Entertainment, she also worked on the launch of some of the first Sony Playstation games. Alison started her career with Barclays in a variety of international banking roles. She speaks five languages and has a BA Hons degree In French and Spanish from Birmingham University.