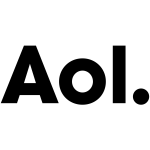 New advances in technology are contributing to the rise of digital video, according to AOL’s new State of the Industry Video research. When it comes to new formats in digital video, the study reveals over half (55%) of buyers and sellers in the UK believe immersive formats such as 360-video will provide one of the best revenue streams over the next twelve months.

However, these formats are still in the early days of adoption, with only 20% of consumers in the UK watching virtual reality video once a week or more (vs 28% globally). 68% of Brits say they never watch VR (vs 58% globally).

Following AOL’s State of the Industry Mobile Video Report, the latest study conducted by research agency InsightsNow surveyed 1,600 buyers and sellers, and 1,300 consumers from across seven markets, including the UK to uncover the role of digital video in advertising and media consumption today.

Over half of buyers in the UK (55%) think that emerging formats such as virtual reality and Out-stream will drive revenue in the next twelve months (vs 50% globally). Now a growing phenomenon, 62% of advertisers in the UK believe there is room for VR in the digital video marketplace, compared to 64% globally.

Although immersive formats are yet to fully take off with consumers, live formats are becoming mainstream, particularly on social media platforms drawing in a wide range of audiences for short bursts of time as a result. 42% of consumers surveyed in the UK now watch live content at least once a week (vs 55% globally). 68% of buyers in the UK are looking to create better user experiences when developing new video formats (vs 79% globally), in comparison to 62% of sellers in the UK (vs 58% globally).

Video has now become a fundamental part of daily online behaviour in the UK, with 71% of consumers now watching digital video on any device every day, and just over half of consumers in the UK (54%) claiming they watch more digital videos today compared to just one year ago (vs 66% globally).

With video now a huge part of everyday life, over half (57%) of advertisers in the UK believe that video is the future of advertising (vs 65% globally), while almost half (49%) of publishers are saying budgets are shifting from television and other formats including broadcast and display to fund digital video (vs 54% globally).

Advertisers will experience a surge in video spend

Programmatic video spend is expected to rise, with 79% of buyers saying they expect their spend on programmatic to increase in the next 12 months. Globally, the study found that 41% of video budgets are being allocated to programmatic video buys. In the UK, 48% of digital video revenue for advertisers is now sold programmatically compared to manual direct buys.

The length of a video is key for consumers as attention spans continue to get shorter and shorter – 64% of Brits watch videos that are under one minute long, and on a global scale, on average three-fifths (60%) of consumers share similar viewing habits.

As micro-videos are more frequently consumed, the report shows a depreciation in engagement as videos get longer. 72% of UK consumers watch videos under 5 minutes long (vs 81% globally) whereas 60% commit to videos lasting over 10 minutes in length – compared to 69% globally.

Growth in video comes with challenges

Creating a seamless consumer experience is a challenge that advertisers and publishers continue to face, as just over one third (34%) of consumers in the UK (and globally) say they will stop watching a video that has been interrupted twice due to buffering.

Load times continue to be a hindrance – 40% of buyers and sellers in the UK think this will act as a catalyst to spending less on mobile video advertising next year (vs 34% globally).

What does this mean for advertisers and publishers?

We’re entering a new era of digital video for publishers and advertisers. The State of the Industry Video Report shows how important digital video has become, with almost all consumers in the UK (97%) expecting to watch either similar amounts or more online video within the next six months.

When it comes to new formats, consumer appetite is still in its infancy. Advertisers and publishers have an opportunity to flex their creative muscle and tailor content to serve their audiences’ needs and interests.

The future is firmly in digital video, and advertisers and publishers must be prepared to invest in emerging formats to enhance the consumer experience. With new technologies such as immersive video on the rise, AOL is committed to investing in video-led content, platforms and formats so brands people love can continue to be built.