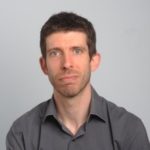 It’s no secret that Europe has established itself as a hot bed for ad tech innovation. Fuelled by the uptake of programmatic, this is creating an increasingly lucrative market for ad tech. While the US still represents roughly half of global programmatic spend, Europe is now hot on its heels with the UK, France and Germany prevailing as more established markets.

In fact, the IAB Europe’s latest AdEx Benchmark report found that the digital advertising market has now reached €36.4 billion and is the largest advertising medium in Europe, overtaking television for the first time last year. Programmatic advertising’s market value increased to more than €3.6 billion with 40% of desktop display revenue generated programmatically. According to a report on the Attitudes towards Programmatic Advertising, also from IAB Europe, programmatic trading will continue to grow, with over 90% of study respondents – including advertisers, agencies, and publishers – predicting that their programmatic investment and revenue will continue to increase over the next 12 months.

When you break this spend down by market, it’s no surprise that the UK has clearly established itself as an advanced market alongside the US – MagnaGlobal has estimated that in the UK, programmatic will be valued at $7.7B by 2017 while eMarketer predicts that total digital ad spend for the UK spend will reach $14.4B by 2017, representing more than half of all brand spend. The majority of UK publishers are considering programmatic, or have already embraced programmatic monetization. For example, in the UK, real time bidding has without doubt become an incredibly vital part of the digital ad stack.

While the UK is certainly the biggest European market for programmatic, we see clear opportunities for growth in key markets on the mainland over the next twelve months, with the Netherlands and Nordics continuing to gain strong programmatic penetration, particularly as the Netherlands has had the highest programmatic adoption rate in Europe. We’ve also seen a recent programmatic push in Finland, with three-quarters of advertisers having bought ads programmatically in 2015, showing that the technology is now becoming an established part of the country’s media buying process.

Outside of the UK, programmatic adoption is still high, as publishers view it as essential to their marketing strategy – however, the IAB Europe report found that in most European markets, the biggest barriers to investing in programmatic remain underdeveloped skill sets and data quality, while uptake has also been hampered by a lack of transparency and the inability to scale across some of the more fragmented markets. For example, the same research from the Association of Finnish Advertisers found that almost half, 44 per cent, of advertisers polled cited a lack of transparency as one of the leading challenges to programmatic uptake in the country.

On the flip side, programmatic hasn’t seen mass uptake in Germany yet, partly because it is still dominated by big publishing houses that are typically slower to embrace new technology. Germany has the same ability to scale like France, the UK, and Nordics; however, there is still a walled garden approach to their sales strategy. Premium inventory segments are clustered in various walled gardens and sold as such to partners with long term established relationships. In addition, Germany has one of the highest ad blocking rates across the EU, so premium publishers prefer to keep control within these closed markets.

While Germany is controlled, not by the demand side, but by the publishing side of the business, it follows a similar path to programmatic growth as other countries in key EU markets. And, working together, these markets are moving in the right direction. We now have clear, established best practices for overcoming the challenges of brand safety, fraud, viewability and latency. In addition, the inception of header bidding is flipping the current publisher model on its head; challenging the traditional ‘waterfall’ approach and promising increased yield for publishers who are struggling to optimize their programmatic revenue.

With 87% of advertisers, 92% of publishers, and 93% of media agencies now deploying some form of programmatic advertising in Europe, it goes without saying that these markets are all quickly catching up to the more developed US and UK territories as programmatic adoption moves from back room tactics to boardroom necessity. What will be interesting to see going forward is how much these markets will benefit from having been a little more cautious in their uptake of programmatic until now. They are likely to find themselves in an advantageous position that will see them learn from the initial mistakes made by those in the more mature programmatic markets and we may start to see the adoption rate increase much more quickly in the next year.